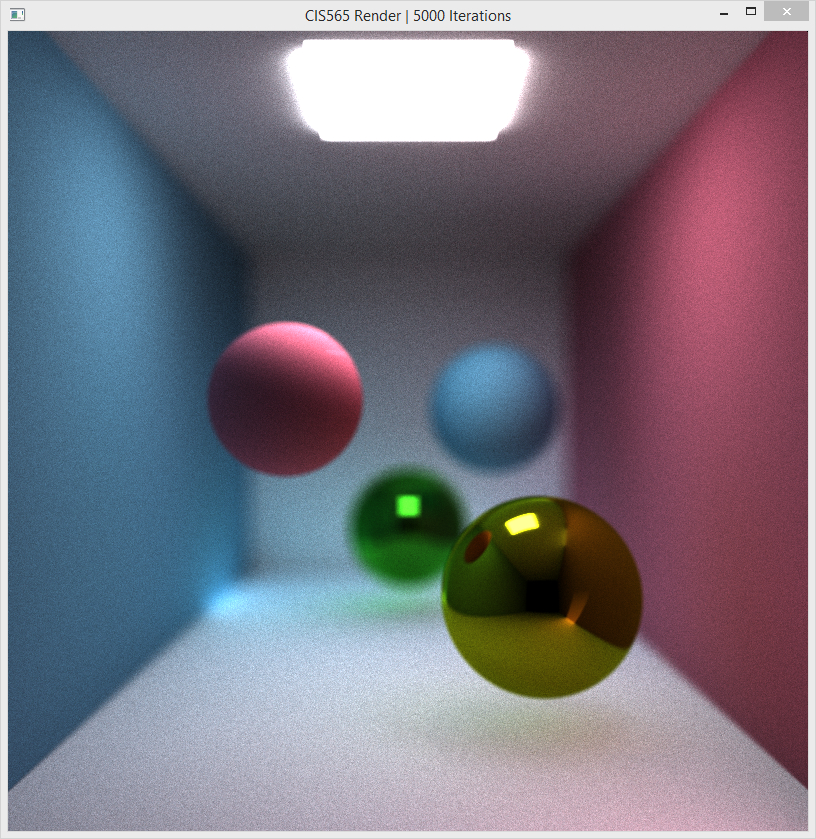 In this project, I implement a CUDA based pathtracer capable of generating pathtraced rendered images extremely quickly.

This project is tested in Visual Studio 2010 with CUDA 6.5. The main function requires a scene description file (that is provided in data/scenes). You can change the scene file in command arguments section.

I have touble accumulate color when I was testing my diffuse surface, here is what I got at first diffuse rendering: 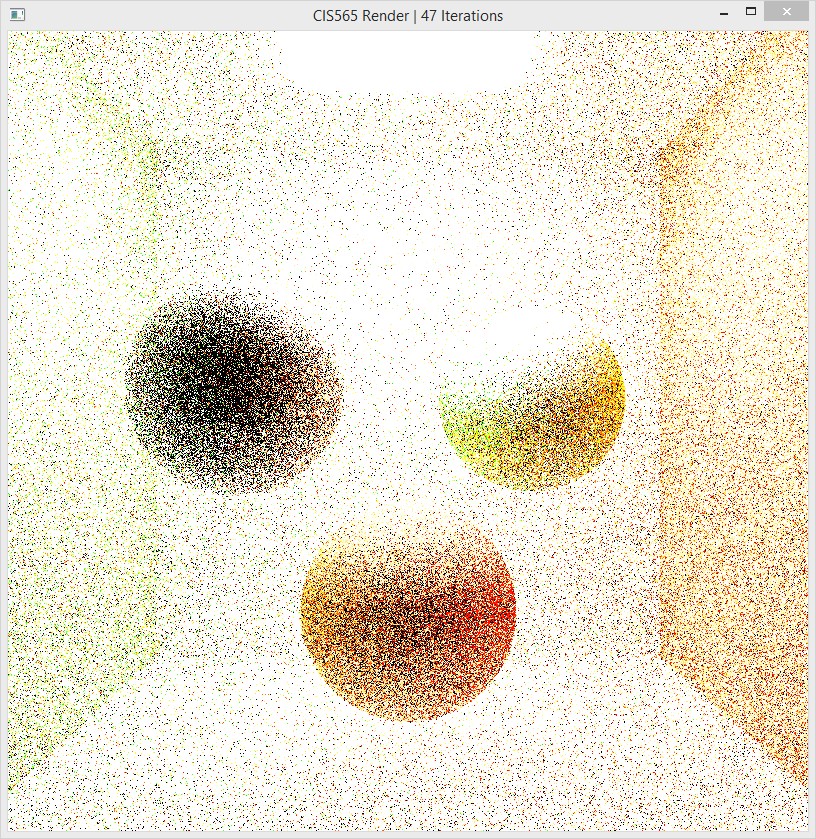 Later I found out the color contribution of each iteration should be different, then I divide the color with 1/iteration and got much more reasonable result: 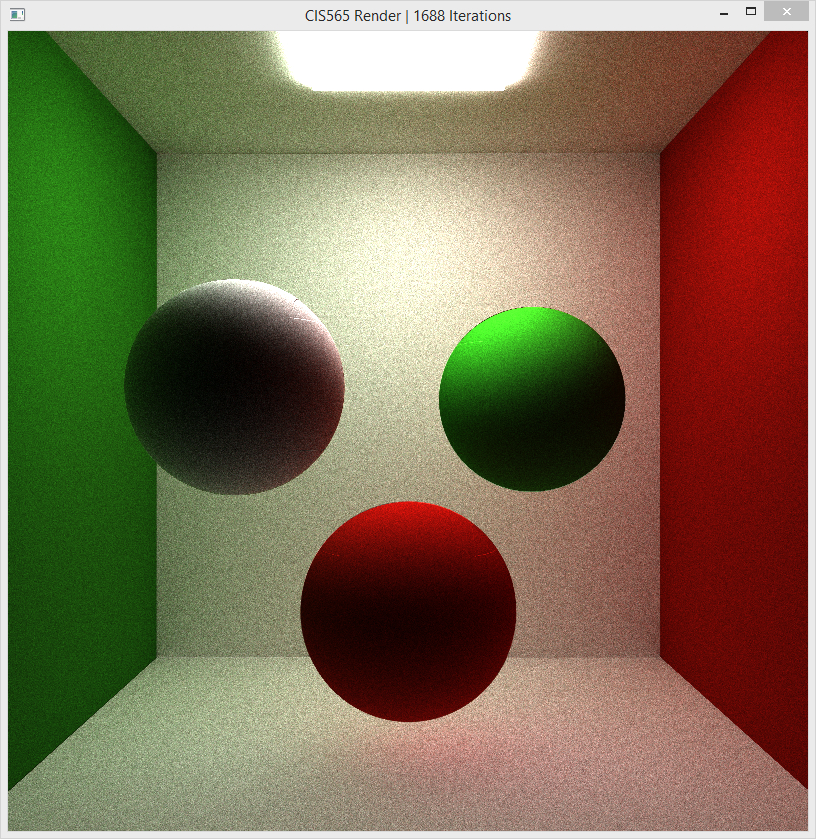 This path tracer is parallelized by ray. When parallelizing by pixel, some ray paths die out before the maximum ray depth is reached (either from absorption or lack of intersection), and we can get rid of these “dead” rays using stream compaction

This implementation uses a pool of rays, each ray has a flag indicating if the ray is alive or dead. With each new wave of raycasts, the current active rays are pulled from the pool and cast into the scene. Depending on whether or not geometry was intersected, the ray is marked as inactive or active. After each wave of raycasts, I use thrust scan and scatter funstion to cull dead rays and get a new raypool with smaller size.

I implement fresnel transparency to make the glass material looks more realistic. The implementation is basically the same as I did in CIS560 ray tracer project: first calculate the fresnel coefficients and decide if the ray is a reflect ray or refract ray by the random number portion. 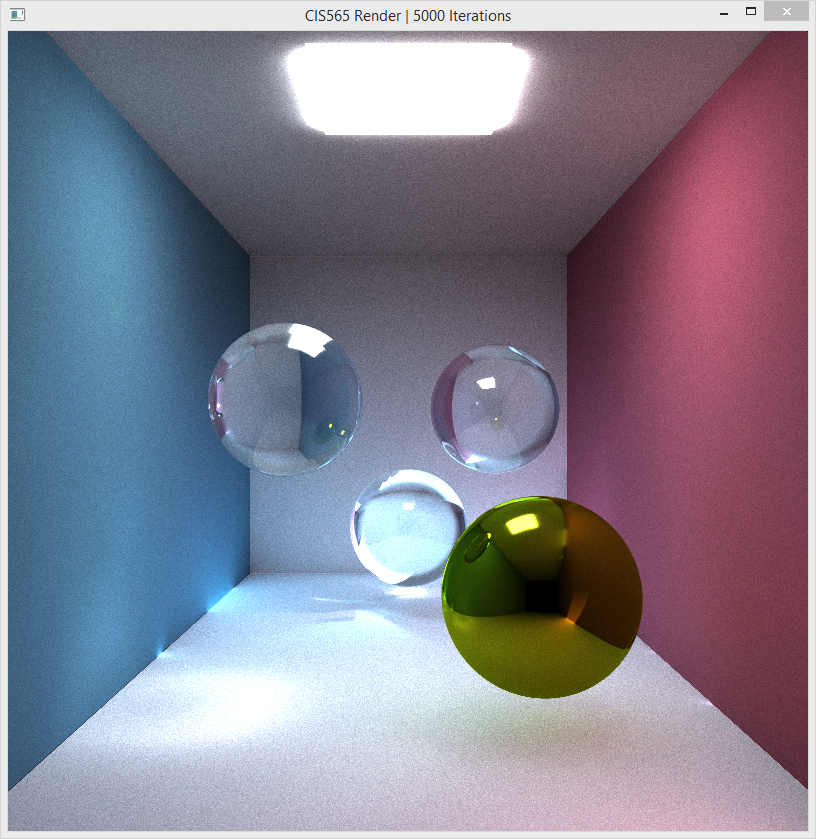 Depth of Field is implemneted by selecting a depth plane away from the camera and jittering the camera position during each iteration.

Here is a comparsion of path tracer using stream compaction and not using it. (running time with 10 iteration) 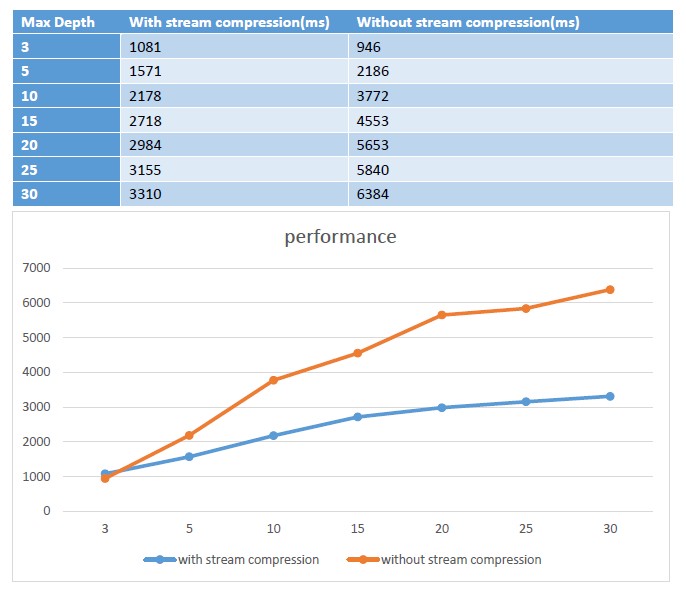 We can see when the max depth is small the un SC version is more efficient because scan and scatter operation overhead our caculation. But when the max depth gets larger, the advantage of stream compaction shows up: by discarding redundant rays we can save a lot of computational costs in ray tracing since majority of rays will terminate after 10 bounce.